Covid-19: Due to the current situation, there are extended delivery times for some products. The information is correct and calculated in real time. More information »
Choose your Country: ()
Currency:

Volleyballs for indoor and more...

You can order affordable volleyballs for indoor and beach volleyball from the Sport-Thieme online shop. In addition to the official competition match balls from Mikasa, you will find high-quality volleyballs from Molton, Conti and other brands for clubs, schools and recreational sports. 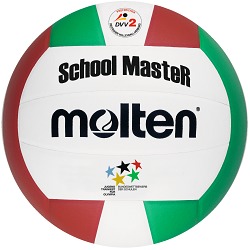 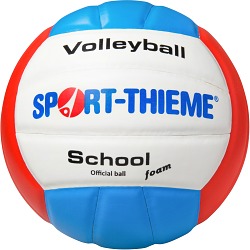 Volleyballs for clubs, schools and leisure
Volleyball is a popular team sport and also a very common recreational sport. In addition to traditional indoor volleyball, beach volleyball has established itself as a popular sport in recent years. In the version played in the sand, there are only two players per team and they play according to slightly different rules, on a slightly smaller field (8 x 8 metres). Indoor volleyball on the other hand, is played with six players per team, on a 9 x 9 metre field. The net height is similar for both versions and varies depending on whether it is men's, women's or mixed volleyball.

Volleyballs for sports halls & sand
Beach volleyballs with a 67 cm circumference are slightly larger than indoor volleyballs and have lower internal pressure. They are made from waterproof material, so that they can withstand the rain and dont get damaged when they land in the sea. Volleyballs for sports halls have a circumference of 65-67 cm and weigh 260-280 g. The official match ball for the 2012 Olympic Games, by Mikasa, has a new dimpled surface, which provides even better flying properties. Volleyballs made of foam are suitable for beginners and training with children.