BS Deluxe 4 in a Row 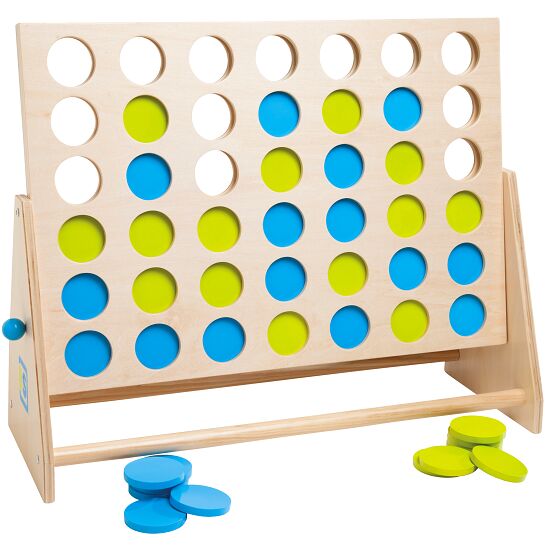 In the BS® deluxe four in a row game, two players take it in turns to place one of their coloured counters into the wooden frame. The aim is to get four counters in a row – be it horizontally, vertically or diagonally – using cunning and forethought.

Deluxe four in a row – easy to learn, but always a challenge
Four in a row is an incredibly popular leisure game for everyone – it's easy to learn how to play it. However, that in no way means it's easy to win: you have to position your counters in such a way as to give yourself a good starting position, allowing you to get four counters in a row by the end – be it horizontally, vertically or diagonally. As a result you need to be able to anticipate your opponent's moves and prevent them from getting four in a row. The game is exceptionally well crafted and particularly robust – ideal for use in educational and sports organisations.

BS® deluxe four in a row – gripping entertainment
Be it in nurseries, preschools, schools, but also in integrative centres and homes for the elderly – the popular deluxe four ina row provides all kinds of entertainment. The frame made from wood is particularly sturdy and the large counters can be easily gripped by young and old. Thanks to the countless game combinations it never sits unused for long. The game can also be used outside, however, it should always be brought back in again after use.

Get you hands on the exciting classic and order the high-quality BS® deluxe four in a row online from Sport-Thieme now. 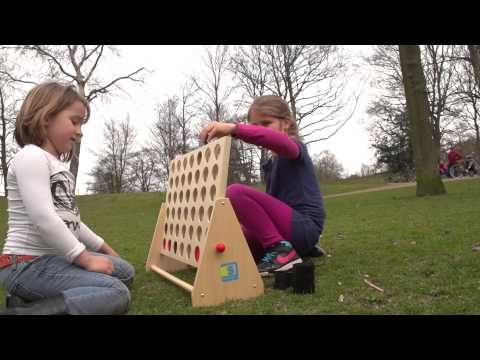 Contains individual parts that may be swallowed. Danger of suffocation.