Physical strength is not required here! 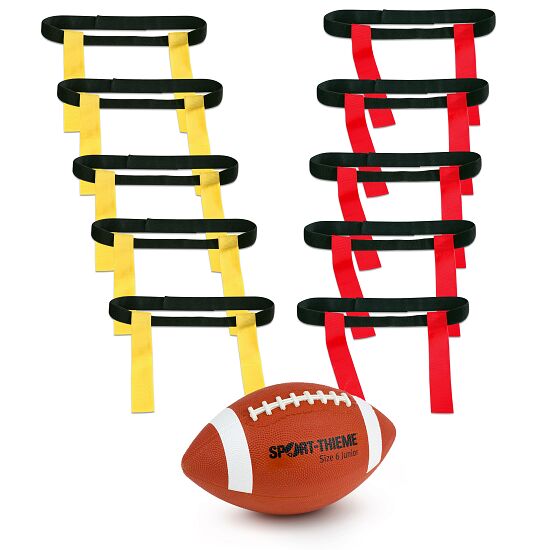 The Sport-Thieme flag football team set is the non-contact variation of American football.

The Sport-Thieme flag football team set: can be used anywhere
The Sport-Thieme flag football team set consists of 2 sets of belts (one set has 5 belts and 2 flags). 1 "American" football in size "Junior" is also included in the set. The set is best suited to school sport as physical strength is not required thanks to the flags. However, it can also be used as a piece of training equipment in team sport for increasing conditioning and endurance.

A quick guide to the game
Flag football is a non-contact variant of American football. The aim is to take the flags off your opponent. This also helps the referee and spectators to see what is happening. It is played to the same rules as American football, with a slight difference: this variant does not involve full body contact. It can also be used as an alternative way to train stamina and endurance in team sports.

Get your hands on the Sport-Thieme flag football team set now.